Another in our series of client hack day projects… At Waterstons, we’re great believers that you learn through experience, regardless of the outcomes. That’s what our client Hack Days are all about – trying new things out, figuring ways around challenges, and learning a new thing or two along the way.

David Styles, Finance Director, and Darren Nesbitt, IT Controller at Elddis, joined us from the UK’s only manufacturer of fully-bonded touring caravans and motorhomes on our Hack Day. They had a very particular challenge in mind for us. And we were more than up for the challenge!

The Elddis site is spread over 33 acres, meaning keeping track of caravans and motorhomes can be a little tricky. Logistically, the locating and manoeuvring of product around the site, ready for loading up on to delivery wagons for distribution needs to run like a military operation. There’s a lot of money in each product, so it’s important for the team at Elddis to be able to know exactly where the product is stored, where it needs to be ready for collection, and its subsequent movement around the massive site. As the products are made, they need to be quickly shipped out of the door, meaning cash keeps flowing through the tills and supporting the business’ growth.

But there was a problem…

At the time, the kit used in overseeing this logistical nightmare was an old-fashioned hand-held barcode scanner. It wasn’t user friendly, it was super expensive, and required a constant internet connection in order to be able to record and send data back to the office. What’s more, because the site is so huge, there are some areas where Wi-Fi is patchy to the point of being non-existent, and so capturing the relevant data to be able to control and record the movement of stock was at times inaccessible.

One solution to this would have been for the client to invest a massive amount of money into the site and install hardwired cables so that there was constant internet connection wherever you were working from in Elddis HQ. But… surely there was a different way? That’s where we came in.

David tasked us to come up with something new that would allow the team at Elddis to help make the control and recording of movement of stock around the site better, faster and easier for the guys on the ground. This would mean they always had access to up-to-date, real-time info on the location of the products ready for dispatch.

Headed up by Richard Begg, Elddis’ Hack Day team consisted of Ariela Bawol, Arran Dacres and Kristian Smith. Having previously met with David and Darren on-site ahead of the Hack, the team came up with the clever idea of developing a solution that would allow Elddis to capture data off-line when they were in an area with limited Wi-Fi. This meant that when they entered an area where they could connect online, the data collated would feedback into the system, creating huge efficiencies for the business and allowing the locating and dispatching of stock to run even more efficiently. 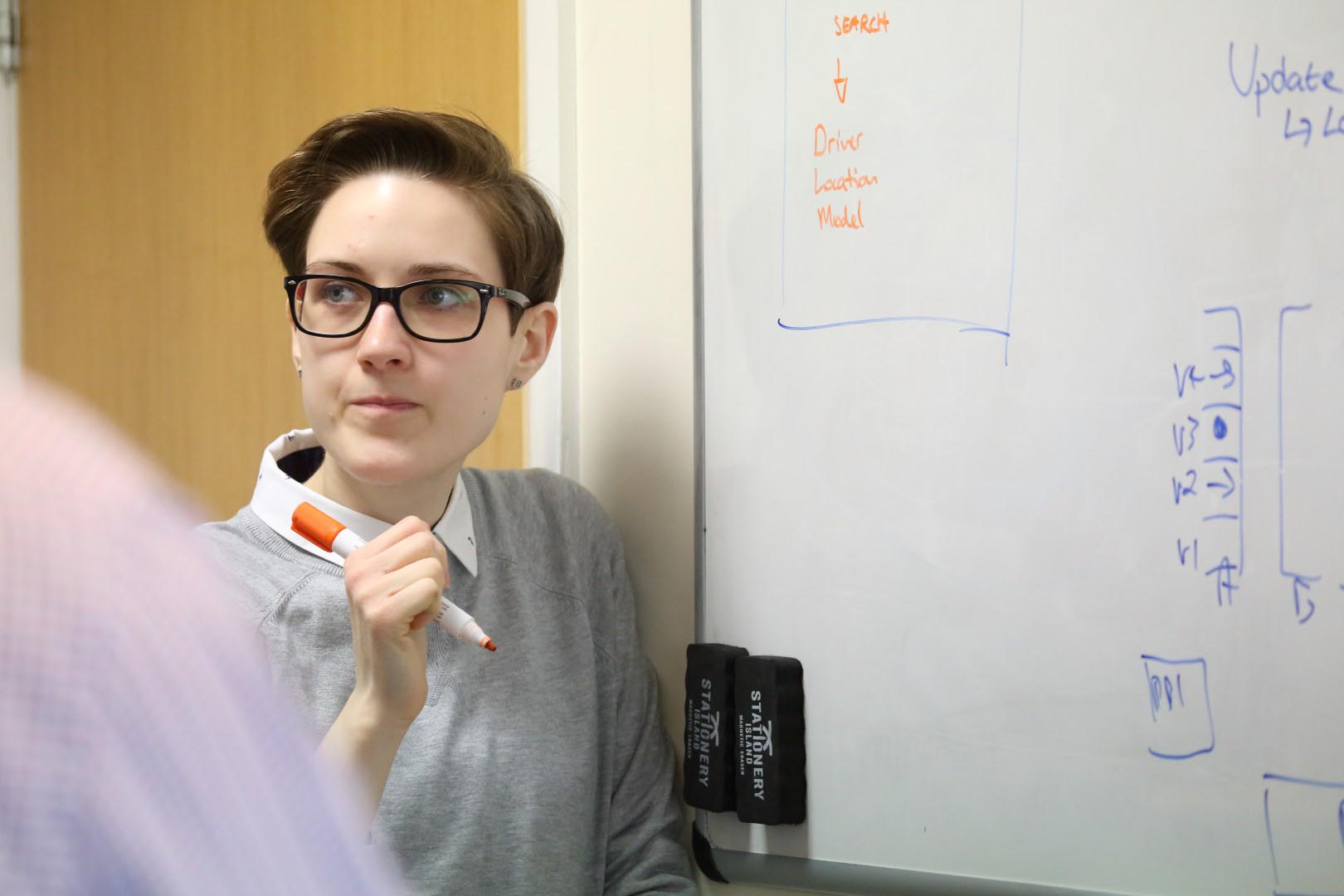 The concept was a progressive web application that would sync data back to Elddis’ ERP systems, while looking and feeling like a native application.

So, how did it go? Well, the point of any Hack Day isn’t just to have a working proof of concept to present to a client at the end of the event (although that is always a bonus!) It’s about learning new skills, and discovering what doesn’t work, so that in the future, you can explore these avenues further to develop something that does meet the client’s objectives. And that’s exactly what happened here… 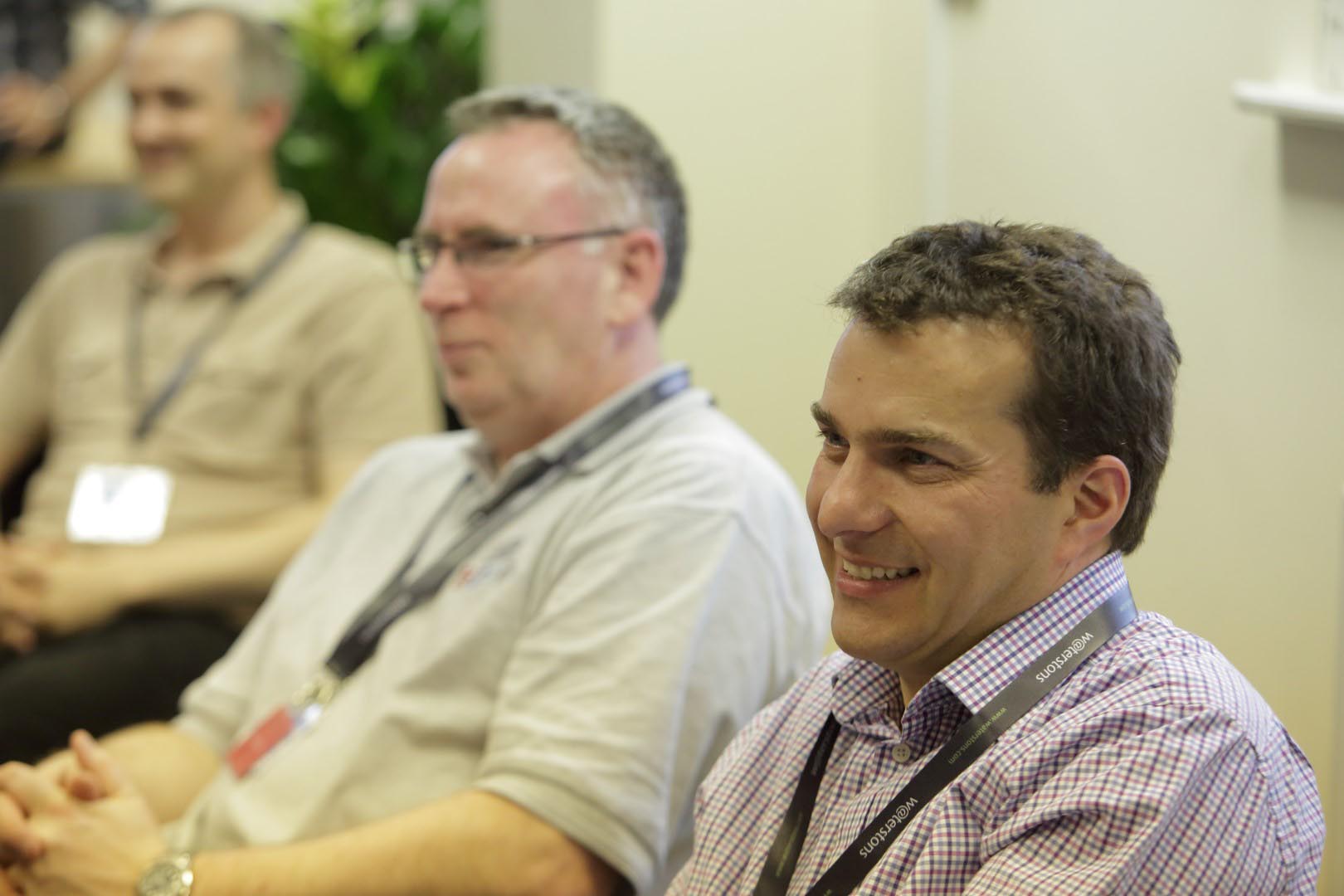 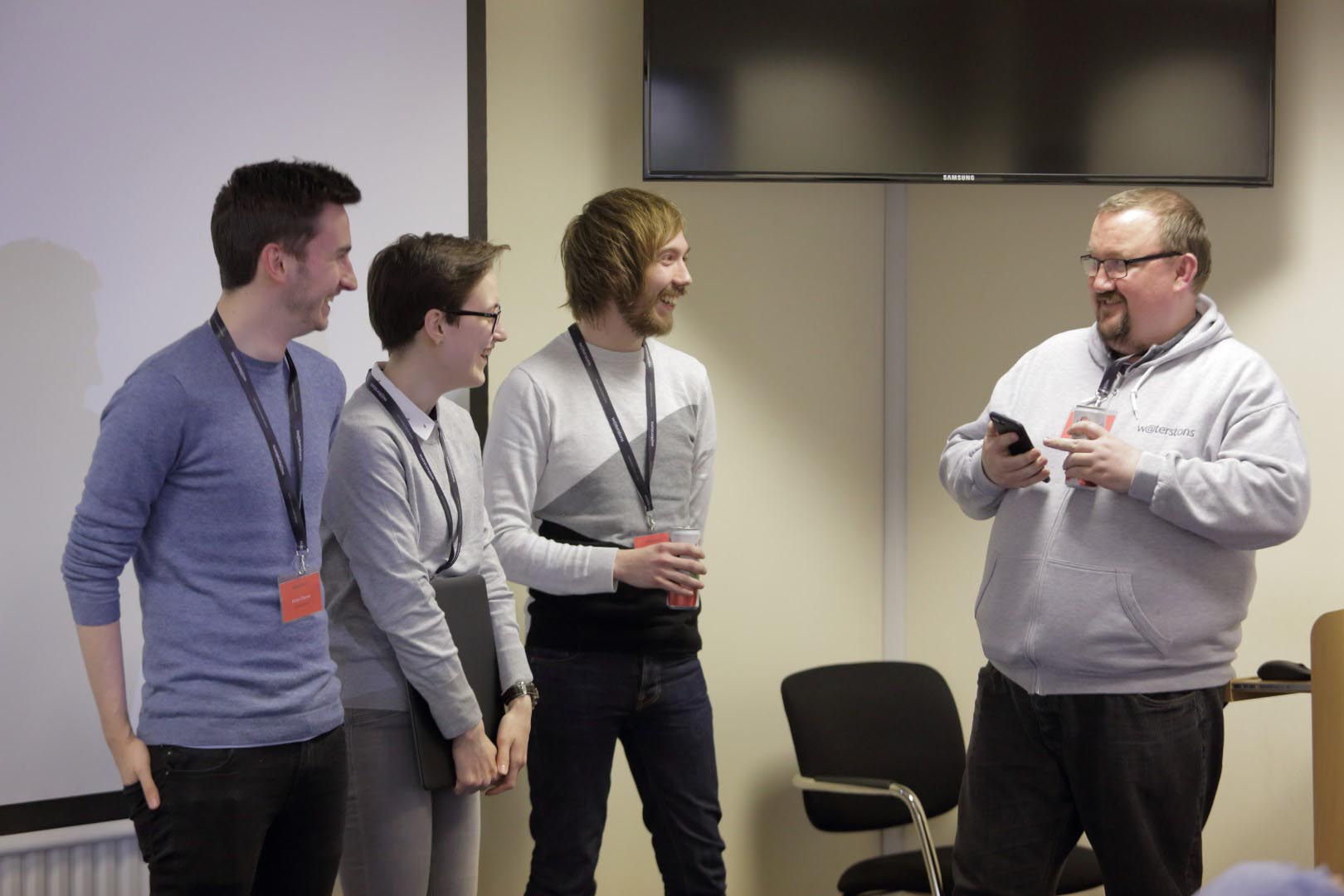 The Hack Day for the Elddis team was very much about exploration; trying out technologies that the team hadn’t used before, learning new skills, and applying them to their work going forwards. In terms of learnings, they discovered that developing a responsive web app could involve using technologies that were at the bleeding edge of technology and not ready for customer solutions. More investigation was required to determine how to make the solution work better.

Although on the day it was a case of diminishing returns – the time and effort needed to get around Elddis’ problem following the first line of thought was too great, therefore it made more sense to explore a different solution.

So, it may not have been a case of mission complete during the timeframe of the Hack Day, but certainly, given another day or two with the learnings taken from the event, the Elddis team would have a workable proof of concept! It would save the company from investing in thousands of pounds of hardwired cables, whilst also providing them with a solution that will allow them to work more effectively, and efficiently control, and record to the movement of stock around the site. Job done (well – almost!)