In November, under the cover of (no) darkness, our digital and data teams got together to hack…

Not that kind of hacking – although we can do that too – the kind that brings a group together to use their collective computer programming, data analysis, software development and general technological knowledge to create something unique.

This time, we added a twist… read on to find out more about the two-day Waterstons sustainability hackathon.

Use your skills to generate a piece of technology that will support residents’ sustainability goals for homes of the future.

As the next generation is important, we asked the children of Waterstons to share what they think is important to make sure sustainability is prioritised when building, renovating and updating houses. 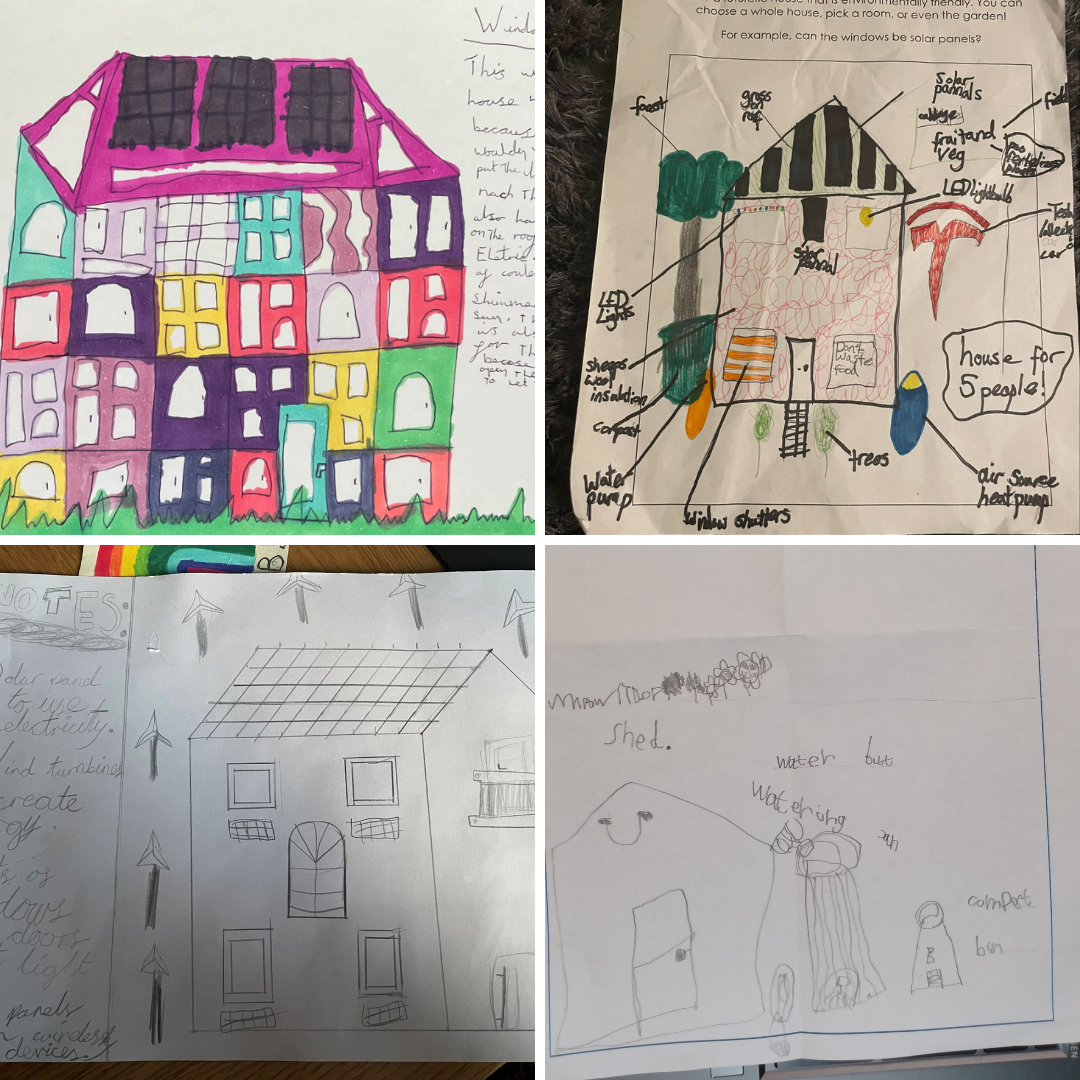 Team One – Sensing the Problems

Brainstorming brought up a few common problems – leaving electrical items on, bad at keeping plants alive, heating a whole house when only a few rooms are needed, bins overflowing, temperature regulation, not composting enough – and identified that humans love a reward, so incentivising should definitely be part of the finished initiative.

While there were lots of ideas for sensors, the team wanted to focus their efforts on temperature control as a key sustainability initiative and developed a concept that would use wireless humidity sensors that post directly to MS Teams with actions and updates.

This system works by picking up data from the sensors, filtering it through an Azure IoT hub, blob storage and an Azure function to clean the data, make it understandable then posts to MS Teams as recognition. This then can also filter into other programmes such as rewards (cogs) and recognition (shout out).

Logic Apps were included to use triggers to activate actions to follow. These triggers can be anything from new data to changes in temperature. Data is embedded to ensure the apps are able to identify when things aren’t right, enabling double checking and alerts.

MS Teams was chosen as a system used by many, but it was discovered to have challenges. For example, very basic text such as ‘it’s too warm’ or ‘it’s too cold’, so the team chose to use adaptive cards that can be ‘personalised’ to include images or GIFs, making them more attention grabbing, and including actions such as ‘open a window’ or ‘turn the heating off’.

Through using programmes for something from concept to creation, the team learned a lot about them, including: 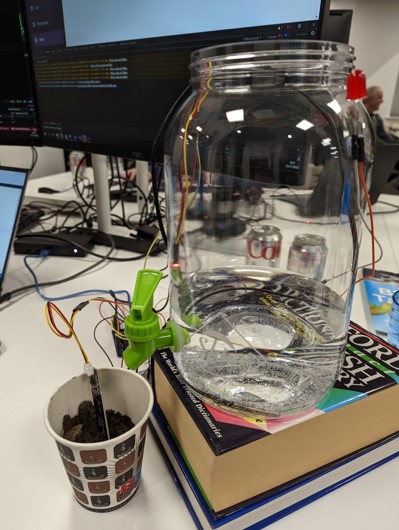 This butt uses sensors to read the water level, water temperature and soil moisture level which is tied together with a UI dashboard.

The dashboard the team created has an overall showcase of each reading using icons and colours used to easily demonstrate butt and moisture levels as well as temperature.

As well as the overall dashboard, focused views for each element are included to plot on line graphs and list all readings.

But, understanding that the user may not always be monitoring the dashboard, the team added an LED to the water butt to visually warn users when it was full.

The aim of the smart water butt is to save money, energy, water and even plants!

Looking to the future, the team would like to develop the sustainability of the product itself to be solar powered rather than relying on an external power source, add a motor to enable automatic water dispenser when needed – removing the need for human interaction, and make the system wireless.

Taking inspiration from the children’s ideas of creating and sharing renewable energy sources, the team set to work developing a concept of a cul-de-sac wind turbine.

Knowing wind speed, power and demand are all measurable and predictable, the team identified the need for an intelligent system that either stores energy for future use, or sends the power back to the National Grid.

However, there are common energy usage patterns – for example, making morning coffee, putting the kettle on, making tea etc. So, the aim was to generate and store sufficient energy so when peak times came, the grid was eased for those using stored energy.

This would be done through predicting the future using APIs from the weather forecast and National Grid, preparing for high demand times and sharing this energy with the whole cul-de-sac.

The team proposed monitoring data usage (which was mocked up based on four different households) to ensure that each household received energy when it was needed most. For example, a retired couple is likely to need more energy during the day than a family who are out at school and work all day.

As with anything, there were additional factors to consider which is where sensors came in. These would be used to understand weather, internal temperature, and internal humidity helping the household systems identify when changes are likely (e.g. opening windows, putting on heating).

To find out more about our digital and data teams, take a look at our services page.